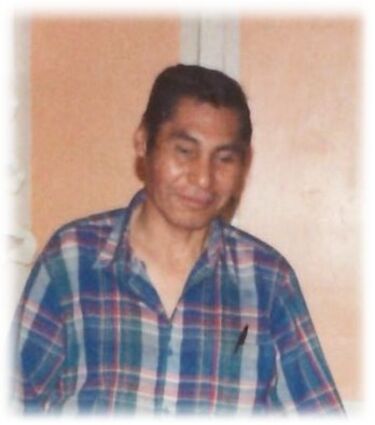 James "Jimmy" Jacob Starr was born on February 3rd, 1937 in the Onigum Country Hospital on the Leech Lake Reservation. He was born the son of Rose (Ketchum) and Albert Starr, Sr.

James' nickname was Koosh or "Koosh-she-gan". He was given the "She-gan" by his father because he was so skinny as a child. He had three brothers and a sister and went to school in Cass Lake until 9th or 10th grade when he had to resign due to family living. He worked with his brother Albert, Jr. logging lumber. James also watched his nephew Larry while his sister went to work. James moved near the Cass Lake P.H.S. Hospital and cared for his family after his mom was gone; and later his brother Albert Jr. moved in with him. After his brother passed, Koosh eventually did make some friends where he lived, enjoying coffee, tea and snacks with them. James was known for his healthy appetite, when he lived is Cass Lake, he frequently shared a pizza with his sister during her mail runs. James was a quiet, private person regarding himself and his health but often asked about Larry's kids and grandkids.

Family that James is reunited with are his parents, Rose and Albert; brothers, Pete, Albert Jr., and Gilbert Starr and numerous other relatives, too many to list.

He is survived by his sister, Anna Starr; nephew, Larry Starr, and his family who he was very close to.

A gathering of family and friends will be held from 1:00-3:00 p.m. on Thursday, January 12th, 2023, at Northern Peace Funeral Home, 114 Tianna Drive, Walker, MN. Pastor Dave Yates will officiate. Pallbearers for James will be Larry Starr, Deland Starr, Jeff Oakgrove, Jack Cutbank, and Jake Peterson. His honorary pallbearers are John Dunn, Stanley Chief, Joe Kingbird, and Harry Morris. A private family burial will be in the Pine Grove Cemetery at Cass Lake, MN in the spring.

James' care has been entrusted to Northern Peace Funeral Home of Walker, MN. Online condolences for the family may be left at http://www.northernpeace.cpm

Gathering of Family and Friends