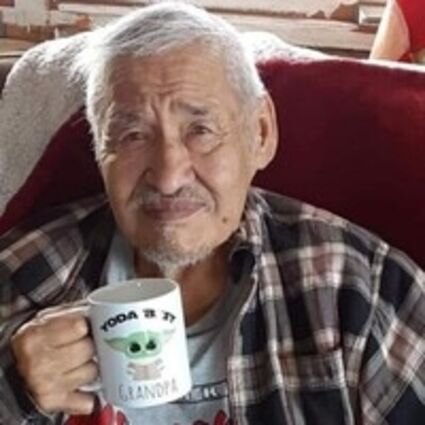 James “Jim” Weaver Jr., age 75, of rural Waubun, MN, died at his home on Tuesday, August 23, 2022, under the loving care of family and Hospice of the Red River Valley.

James Charles Weaver Jr. was born March 6, 1947, in Minneapolis, MN, the son of James Weaver Sr. and Avenelle Bellcourt. He grew up and attended school in the Mahnomen area. After high school, Jim moved to Minneapolis and met Teresa Tanner. The couple spent many years together and were blessed with children. Jim furthered his education at Browns Institute and worked as a professional painter, while they moved to different areas and raised their family. In the late 90s, Jim moved back to the Mahnomen and Waubun area and begin making caskets. He later retired and enjoyed taking it easy.

Jim’s retirement years were spent going to the casino, watching the Minnesota Vikings, playing scratch off tickets and summer fishing trips. He also liked watching the birds from his house, especially the hummingbirds. He was known to be a bit sarcastic and had a good sense of humor. Jim loved joking around with friends and family and giving them a hard time. He was also a flirt and quite charming. Jim had a short cut for everything and quickly passed them on to the next generation. After his son, George’s death in 2017, his health began to decline. He will be dearly missed by all who knew and loved him.

Funeral Services will be held at 11:00 am on Tuesday, August 30, 2022 at the Naytahwaush Sports Complex. Visitation will be on Monday, August 29, 2022 beginning at 5:00 pm, with a Prayer Service at 7:00 pm, and continue all night until the Funeral on Tuesday. Interment will be in the Snyder Family Cemetery, rural Waubun.

Visitation will be on Monday, August 29, 2022 beginning at 5:00 pm, with a Prayer Service at 7:00 pm, and continue all night until the Funeral on Tuesday.