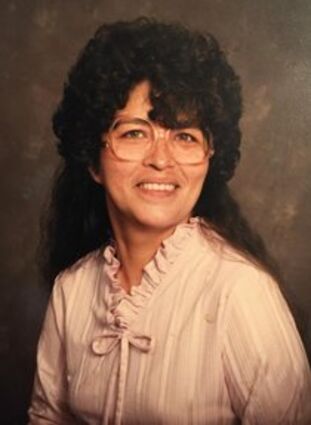 Genevieve Beaulieu, "Waskonahgook Ikwe" which means "Lightening Woman" age 64 of Bemidji, MN, began her spiritual journey peacefully at her home on Tuesday, January 31, 2017 with her family by her side.  She was born on September 30, 1952 in Belcourt, ND, the daughter of Peter and Della (Allery) Houle.

Genny met David Beaulieu in 1972 and were united in marriage in 1985 at their home in Bemidji.  David and Genny had been together for 44 years until her passing.   She was a strong woman who enjoyed following in her traditional customs.  Genny was an avid sewer of jingle dresses, enjoyed her bead work and other cultural crafts.  She was a huge boxing fan who liked to attend her children's boxing matches.  Genny was also a race car fan, a chief mechanic for David, helping him sell cars, and handling all the computer work that was needed.  She also enjoyed hunting, fishing, going to the casino, traveling, and dancing at many pow-wows all over the state.  Genny was an outgoing lady who was up for anything. Everyone who knew Genny was her Best Friend! She will be sadly missed by all her family and friends.

Genny's care has been entrusted to the Northern Peace Funeral Home of Walker, MN.  Online condolences for the family may be given at http://www.northernpeace.com