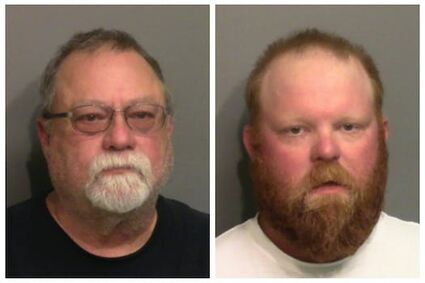 BRUNSWICK, Ga. - The white father and son who chased and killed Ahmaud Arbery in a Georgia neighborhood each received a second life prison sentence Monday - for committing federal hate crimes, months after getting their first for murder - at a hearing that brought a close to more than two years of criminal proceedings.

U.S. District Court Judge Lisa Godbey Wood handed down the sentences against Travis McMichael, 36, and his father, Greg McMichael, 66, reiterating the gravity of the February 2020 killing that shattered their Brunswick community. William "Roddie" Bryan, 52, who recorded cellphone video of the slaying, was sentenced to 35 years in prison.

"A young man is dead. Ahmaud Arbery will be forever 25. And what happened, a jury found, happened because he's Black," Wood said.