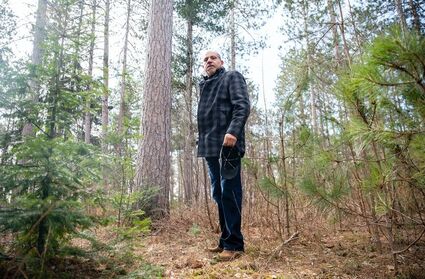 Kevin Dupuis, chairman of the Fond du Lac Band of Lake Superior Chippewa, posed for a portrait at the Cloquet Forestry Center last March. The chairman has asked leaders of two nearby school districts to act on students' racist speech aimed at Native Americans.

DULUTH - The Fond du Lac Band of Lake Superior Chippewa is demanding a response from leaders of nearby school districts after a racist and threatening Snapchat conversation between two students was shared on social media late last week.

The exchange between a student from Esko High School and another from Cloquet High included a desire for the Cloquet school to be bombed so "all natives die." It continued with other derogatory remarks about Native American people.

"We are horrified and saddened by the ignorant and racist statements of students from schools where many of our Native youth attend," Fond du Lac Chairman Kevin Dupuis Sr. wrote in a letter to the superintendents of the Esko and Cloquet school districts.