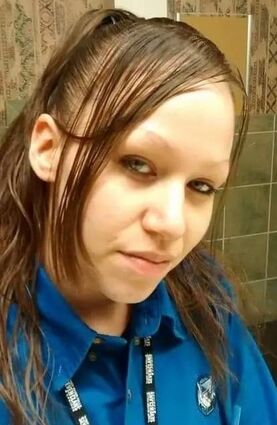 Kaeley Kaye King, age 29, of Redby, Minnesota, entered the spirit world on Wednesday, June 8, 2022. She was born on March 8, 1993, in Bemidji, Minnesota, to Renee Fairbanks and Douglas King, Sr. Kaeley grew up in Redby and attended elementary and middle school in Red Lake. She spent most of her life with her Dad in Redby and later also spent time with her Grandpa Ebb. She became the mother of three children, Frank Jr., Kaelene and Kaylynn. She worked at the Seven Clans Casino as a slot attendant and also at Red Lake Fisheries.

Kaeley loved to listen to music, go to the casino, do lottery tickets, being with her kids, cooking, going for walks, always helping everyone everywhere she went. She loved to clean, go ice fishing with her dad, and loved her Grandma Gloria’s bread and cinnamon rolls. Kaeley will be remembered for her laugh and her eyes.