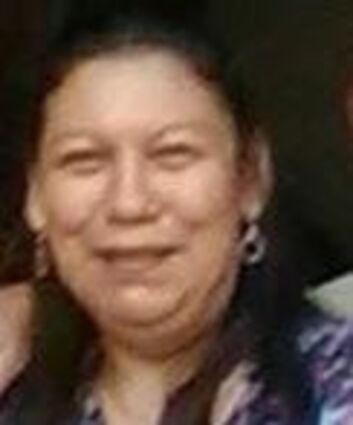 Leanna attended St. Mary's Mission School as a child and the Red Lake High School in her teen years. She completed her GED and took work at the Red Lake Casino where she remained for 18 years. Following her resignation, she became a foster parent. She loved being with her family and friends, especially her grandson Colton. Leanna enjoyed her Keno, playing Facebook games, doing crafts, cooking, baking and putting together puzzles.

The family that Leanna joins again are her dad; Edward, one sister; Sara Lussier and a nephew; Niiyo-Aninikii Head.

Those she leaves behind to cherish her memory are her significant other of 31 years and father of their children ; Donald Good, Sr., sons; Donald Good, Jr., Joseph Good, Edward Good, Dallas Good and Tyler Good all of Red Lake, daughter; Nicole Good of Red Lake, brothers; Rodney Lussier of Red Lake, Austin Head of Bemidji, Tony Bellanger of White Earth, and Charles Lussier of Bemidji, one special grandson; Colton Good, other relatives and many friends.

Leanna's care has been entrusted to the Northern Peace Funeral Home of Walker, MN. Online condolences for the family may be given at http://www.northernpeace.com