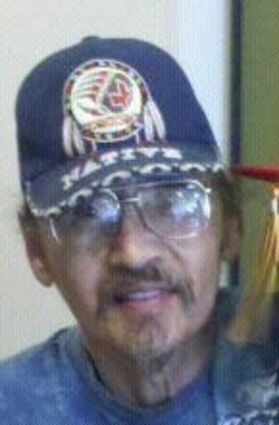 He was born on September 22, 1952 in Red lake the son of Leonard Alvin Stately Sr. and Vivian Frances Thunder.

He was joined in marriage to Robyn Lynn Isham. They were marriaged by Native American custom for thirty six years.

Leonard was a heavy equipment operator and teacher.

He was a member of The American Indian Movement.

Leonard was an avid hunter & fisherman. He was a proud daddy and grandfather. He liked spending time with his children and hunting with his sons. He liked going for rides around the horn. He was known for driving slow around the community. He loved taking slow rides with the love of his life.

He loved to make his babies smile.

Preceded in death by his mother & father: Vivian & Leonard Stately, brothers: David, Maurice and Alvin, an infant set of twins and numerous nieces and nephews.

All night wakes will be held on Wednesday, October 17th and Thursday, October 18th at The Redby Community Center beginning at 4:30 P.M.