Rep. Ilhan Omar calls out Republicans ahead of potential vote to take away committee post 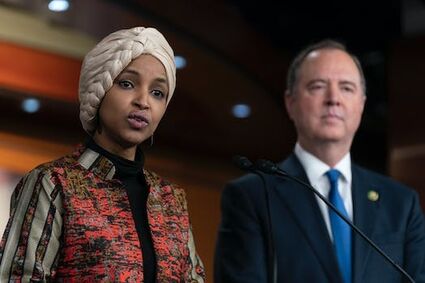 McCarthy, who narrowly won the speakership earlier this month, has long promised to keep Omar from one of her prized committee slots. He maintained that threat after Republicans won the House, citing in a tweet "her repeated anti-semitic and anti-American remarks."

Omar isn't alone in being targeted by McCarthy. The speaker followed through on another pledge when he tweeted Tuesday that he had rejected the attempt by Democrats to keep California Reps. Adam Schiff and Eric Swalwell on the House Intelligence Committee.