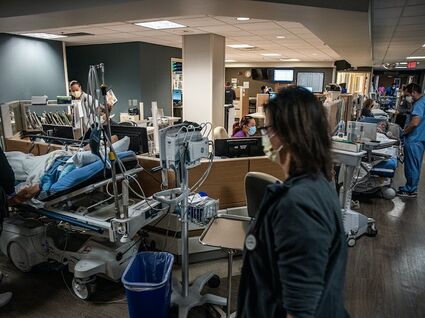 A nursing shortage has contributed to a backlog of patients, including at St. John's Hospital in Maplewood, where treatment occurred in the emergency department hallway in November. Advocates want a faster licensing system to bring in more nurses and alleviate the pressure.

Lily Marcelius is ready to do her part to address Minnesota's nursing shortage, having completed training in October and accepted a job in an intensive care unit at HCMC in Minneapolis.

If only the Minnesota Board of Nursing would clear her to take the licensing exam.

Marcelius and others have had their nursing careers delayed by months because of a backlog at the nursing board. Hospital leaders complained about the delays as they recruited thousands of replacement nurses from other states for a three-day nursing strike in September and for a second walkout that was averted at the last moment in December.