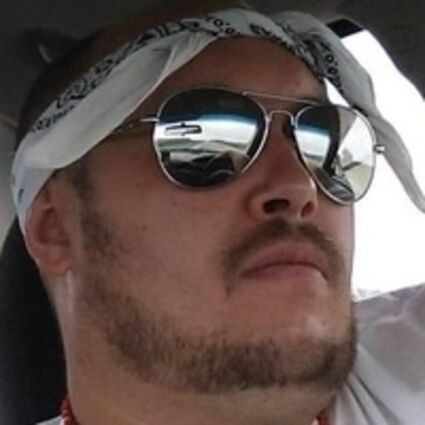 Timothy Ryan Keezer was born in Park Rapids, MN, on November 15, 1985, the youngest child of Kenneth and Susan (Anderson) Keezer. He grew up in Elbow Lake Village and attended school in Waubun. After high school, Tim moved to the Minneapolis, MN, area for a time before returning to the White Earth Reservation. He has made his home in Elbow Lake Village since then. He worked at the Shooting Star Casino a short time but preferred working in the outdoors trapping and leeching.

Tim was very sociable and enjoyed spending time with family and friends. He was the one who was usually loud and in charge of all the festivities taking place. He also liked to spend time at the casino trying his luck on the slot machines. Tim was a caring individual who was always willing to help out a friend, neighbor or elder when in need. His family, especially his children, nieces and nephews held a special place in his heart. Tim was always giving hugs and passing out “I Love You’s” to family. He was also a great cook with some of his specialties being french toast and no bake cookies. Although gone too soon, he will live on in the hearts of many.

Tim is survived by his children, Timothy Keezer Jr. and Nahlah Keezer; his mother, Susan Keezer; brothers: Jeffrey Keezer, Kenneth “Beep” (Lois) Keezer Jr. and Robert Keezer; a sister, Terrie Sue Keezer; and many nieces and nephews. He was preceded in death by his grandparents, father and nephew, Derek Keezer.

Funeral Services will be held at 11:00 am on Friday, January 27, 2023, at Anderson Family Funeral Home in Mahnomen, MN. Visitation will be held one hour prior to the service at the funeral home.

Visitation will be held one hour prior to the service.