The governor debuted his safety, health and housing plans Monday 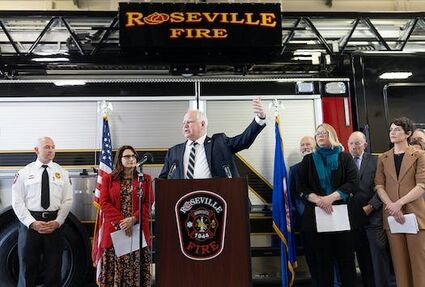 After a year of campaign-trail fights over how to tackle violent crime, DFL Gov. Tim Walz is pitching a public safety plan that includes $300 million for local governments.

Walz presented his vision for spending on safety, health and housing Monday, before debuting his full two-year budget on Tuesday. The governor is pushing for nearly $1 billion for housing initiatives, including cash to preserve affordable housing and help people with down payments. He also hopes to act on the long-held goal of opening up the public insurance program MinnesotaCare to allow more people to buy into it.