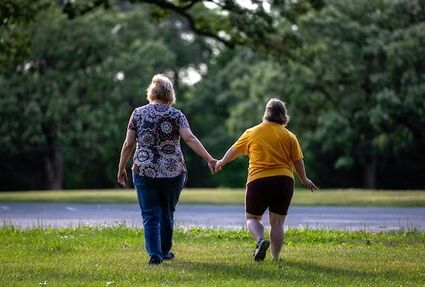 Maddie Brennan, right, shown in June with her mother, was a resident of a Bridges MN group home who left because of the uncertainty about the organization's future.

State investigators searched the offices of a troubled organization that serves Minnesotans with disabilities, after finding evidence it had bilked the state's publicly funded health insurance program by more than $4 million.

A search warrant application alleges that Bridges MN, which at one point had about 400 clients and 90 group homes statewide, violated state and federal laws by billing the state Medicaid program for services designed to help people live in their own homes, when in fact the services were provided by entities owned or operated by Bridges MN or its affiliates.

The provider also billed for services that were not provided, often because the client was at a hospital or other facility, the search warrant application alleges.