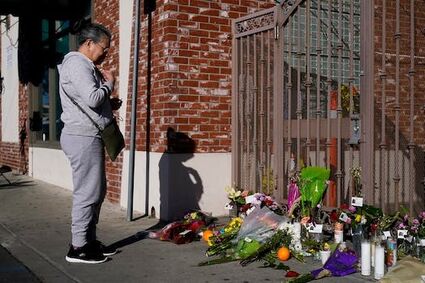 MONTEREY PARK, Calif. - Investigators searching for a motive Monday in the worst mass shooting in Los Angeles County history said the gunman was previously arrested for illegally owning a firearm, had a rifle at home, hundreds of rounds of ammunition and appeared to be manufacturing gun silencers.

Los Angeles Sheriff Robert Luna said investigators had not yet established why 72-year-old Huu Can Tran gunned down revelers during a Lunar New Year celebration at a Monterey Park dance hall he was said to frequent.

"What drove a mad man to do this? We don't know, but we intend to find out," Luna said.