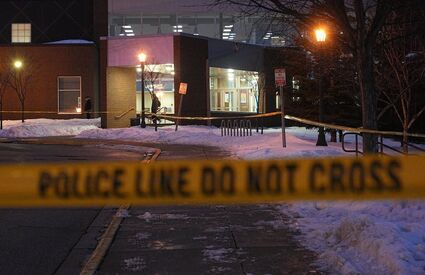 Police tape and squad cars were seen outside the Jimmy Lee Recreation Center on Wednesday, Jan. 18. St. Paul is working to officially end the employment of the man charged with shooting a teenager outside the center, which remains closed.

St. Paul is working to officially terminate the employment of the man charged with shooting a teenager outside the Jimmy Lee Recreation Center, as the center remains closed.

Last week, St. Paul Mayor Melvin Carter said the Exavir Dwayne Binford Jr., the 26-year-old man suspected in the shooting that hospitalized a teenager, had worked for the city on an "on-and-off basis" since 2013.

According to a criminal complaint, Binford worked for four years at the Arlington Rec Center and was transferred to Jimmy Lee in August.