For minors convicted as adults, the sentence is 'purgatory' 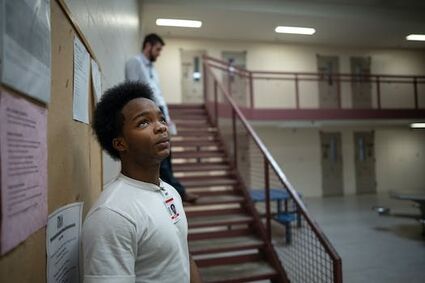 Carlos Dickerson, 16, has spent the last two years at the Minnesota Correctional Facility in Lino Lakes . Last month, the Minnesota Board of Pardons granted a first-of-its-kind reprieve.

From the bowels of Lino Lakes prison, Carlos Dickerson Jr. bided his time.

The baby-faced boy sought refuge in books to survive periods of social isolation while serving as the lone inmate in a cell block built for 20 troubled teens. Sometimes, he passed the hours playing cards with a case worker. Daily programming was so limited that he could do little else but pursue his GED.

New admissions marked a welcome distraction from the sterile white walls of the dayroom, granting Carlos an opportunity to socialize with other youth. But those friendships were often fleeting, since older boys aged out of the program within a few months.