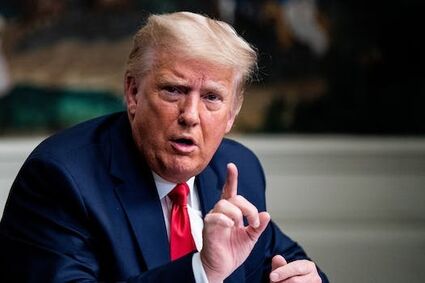 President Donald Trump in the Diplomatic Room of the White House on Thanksgiving in Washington, D.C., on Nov. 26, 2020.

Former President Donald Trump on Wednesday claimed that he took only folders for classified documents as "a cool keepsake" and accused "Trump-hating" feds of planting top secret documents to frame him.

Trump sought to downplay the scandal surrounding his taking hundreds of classified documents to Mar-a-Lago by focusing on the scores of empty folders found by FBI agents in an explosive Aug. 8 search.

"These were ordinary, inexpensive folders with various words printed on them, but they were a cool keepsake," Trump wrote in a post on his social media site. "Perhaps the Gestapo took some of these empty folders when they Raided Mar-a-Lago, & counted them as a document, which they are not."