Red Lake walleyes are biting, but winter harvest is way behind the norm 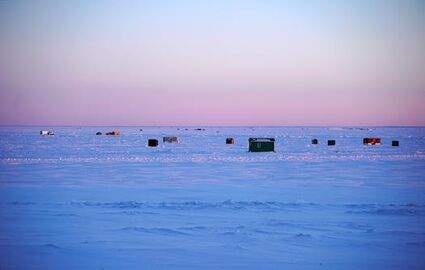 Winter walleye harvest can vary greatly from year to year depending on ice and weather conditions.

Walleyes are biting on Upper Red Lake this winter, but deep snow and other conditions have kept so many anglers away that the overall harvest is trending sharply lower than last year's modest catch.

That's the ice fishing summary provided this week by large lake specialist Tony Kennedy at the state Department of Natural Resources in Bemidji. Further north, on the American side of Lake of the Woods, DNR officials in Baudette are changing how they survey for angler success and don't have early ice season results. But preliminary numbers from last year's entire ice season show a heavy downturn in sauger and walleye catches, DNR large lake specialist Brett Nelson said this week.

On Red, the winter walleye catch generally peaks in December and it's a lake that yields a bigger harvest in winter than in the spring and summer. According to preliminary survey results from December 2022, Upper Red Lake anglers caught and kept 51,000 pounds of walleyes. That was a 47% drop from the four-year average for December of 97,000 pounds.