Alec Baldwin to be charged with manslaughter in set shooting 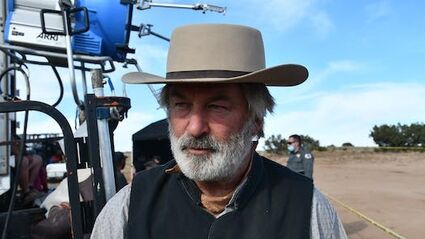 Alec Baldwin on the "Rust" set immediately following the shooting of Halyna Hutchins and Joel Souza.

SANTA FE, N.M. - Actor Alec Baldwin and a weapons specialist will be charged with involuntary manslaughter in the fatal shooting of a cinematographer on a New Mexico movie set, prosecutors announced Thursday, citing a "criminal disregard for safety."

Santa Fe District Attorney Mary Carmack-Altwies issued a statement announcing the charges against Baldwin and Hannah Gutierrez-Reed, who supervised weapons on the set of the Western "Rust."

Halyna Hutchins died shortly after being wounded during rehearsals at a ranch on the outskirts of Santa Fe on Oct. 21, 2021. Baldwin was pointing a pistol at Hutchins when the gun went off, killing her and wounding the director, Joel Souza.