Minnesota's job growth streak came to an end in December

The state lost 5,200 jobs last month and the unemployment rate ticked up to 2.5% 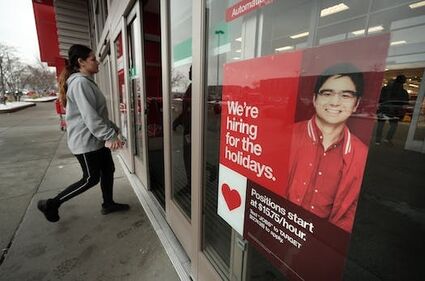 Minnesota lost 5,200 jobs in December, ending a streak of job growth that lasted more than a year.

Meanwhile, the state unemployment rate ticked up from 2.3% to 2.5%, according to data released Thursday by the Minnesota Department of Employment and Economic Development (DEED).

The jobless rate has been steadily rising over the last several months since hitting a record low for any state of 1.8% over the summer. But it remains at a historically low level and is still one of the lowest in the nation. The U.S. unemployment rate is 3.5%.