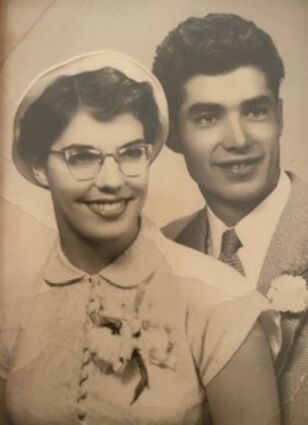 Milton H. Campbell Milton (Mit) Campbell and was born on October 1st, 1933 to Charles and Margaret Campbell in Onigum, Minnesota. He spent his childhood years in Sugar Point on Leech Lake reservation. He was the youngest of seven children.

He enlisted in the US Army in 1948 and was stationed in Japan during the Korean War he was honorably discharged in 1951.

He met and married Patsy (Meyers) in 1954. He and his wife, mom and dad and niece Peggy were sent to Los Angeles under the Indian relocation program. After returning back home to Minnesota, he worked at Reserve mining in Babbit, Mn. Until the 1960s when the mines close down.

He then moved his wife and four daughters to Illinois and work for Ingersoll corporation until his retirement.

He retired back to Deer River in 1987, and lived quietly happily, and comfortably until his death. He dearly loved his home in the Northwoods, and spent many hours gardening, making maple syrup, working in his workshop and caring for the land. He loved fishing, hunting and caring for the birds, squirrels, and other creatures surrounding him.

His family was the light of his life and his daughter Kathy spent the last five years with him.