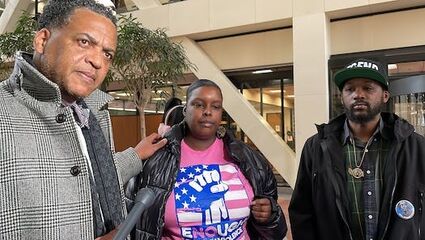 Top prosecutor Mary Moriarty issued a written statement Wednesday in response to Hill's family accusing Principal Mauri Friestleben of criminal liability for the rising football star's death because she released students early, without parent notification, for a protest. Hill was shot near a bus stop by the school around noon on Feb. 9 when he otherwise would have been in school. Last week, Hill's parents, Tuesday Sheppard and Deshaun Hill Sr., were paid a $500,000 settlement from Minneapolis Public Schools in their son's death. The district said in a statement after the settlement that it denied all liability.

The accused shooter, Cody Fohrenkam, 30, is standing trial for second-degree murder, with jury selection currentlyin progress. Criminal charges allege that he shot Hill in a chance encounter after the two passed each other on the sidewalk.