'A pattern of disrespect' 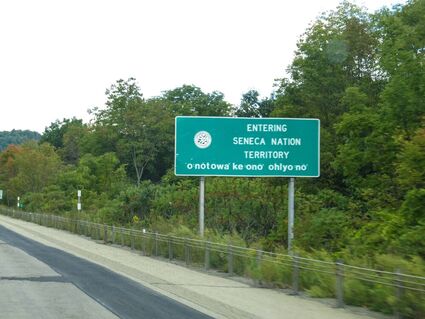 A welcome sign on the Seneca Nation. Photo: Ken Lund

Leaders of the Seneca Nation are speaking out after the governor of New York vetoed a bill that would have protected burial grounds across the state.

At the Seneca Nation Council's first meeting of 2023, the tribe's legislative body said the veto by Gov. Kathy Hochul (D) leaves New York as one of the few places where unmarked burial sites remain unprotected. A tribal resolution approved on January 14 cites the need for the Unmarked Burial Site Protection Act, which had received unanimous support from state lawmakers.

"The importance of the Unmarked Burial Site Protection Act to Native people cannot be overstated, and its rejection by the Governor was an affront to Native Nations, our people and our ancestors," Seneca Nation President Rickey Armstrong, Sr. said in a news release on Wednesday.