The governor also proposed a new Department of Children, Youth, and Families 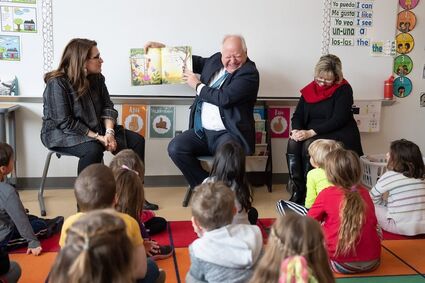 Minnesota families with children could see thousands of dollars in tax breaks and school funding would climb under a spending plan Gov. Tim Walz announced Tuesday.

The DFL governor's proposal is a $5.2 billion piece of his two-year budget that will be fully revealed next week. He called for historic spending on schools, including a 4% increase in the basic amount the state spends on each student, more money for special education, mental health and free breakfast and lunch for all students.

"This budget will tackle and eliminate child poverty, put money into families' pockets and fund our schools. We know a world-class education is the greatest pathway to expanded economic opportunity," Walz said as he put forth the plan at Adams Spanish Immersion School in St. Paul.