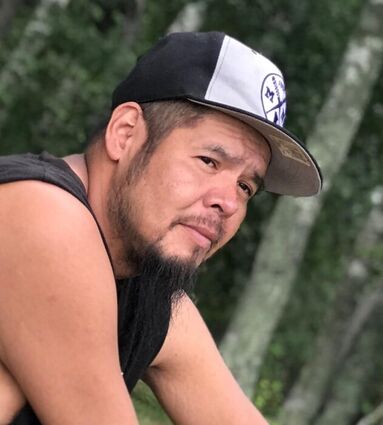 Kevin Scott Kingbird, Sr., age 43, "Niiskindib" which means "He Has Prickly Hair", of Cass Lake (Mission) began his journey to the Spirit world on Friday, January 13th, 2023 from his home in Cass Lake, MN.

He was born to Cynthia Kingbird and Darwin Whitebird on September 5th, 1979, in Bemidji, Minnesota.

As an avid outdoorsman, he enjoyed being in the woods and on the water. He was an adept lumberjack; living up to his "Bear" nickname, he also took joy in fishing and checking riverbeds.

He had a lifelong love of sports from attending his mother's games to joining multiple teams throughout his life. He was an all-star sportsman with The Mission Boys.

Kevin was always there to help others in their time of need. He was willing to push up his sleeves and get to work. It was an honor to him to be so helpful and giving.

He passed time with family by telling stories; you could always count on him for a good chuckle. It was his wish that the family would gather for more happier moments than sad. His favorite show was Moonshiners, and he was on his way to becoming a master distiller.

Those welcoming Kevin into the Spirit World are his parents; grandparents, sisters, Carmen and Deanna and brother, Michael "Bocky".

Kevin's care has been entrusted to Northern Peace Funeral Home of Walker, MN. Online condolences for the family may be left at http://www.northernpeace.com