Mall of America shooting death suspect and his mother arrested 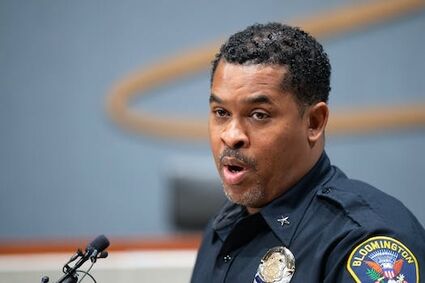 Bloomington Police Chief Booker Hodges spoke at a December news conference a day after a fatal shooting at the Mall of America.

A juvenile suspected in the Dec. 23 killing at the Mall of America was arrested in Decatur, Ga., on Tuesday, according to Bloomington police, as was his mother who police say drove him to Georgia after the shooting.

The juvenile was arrested on a warrant charging him with second-degree homicide and assault in relation to the death of Johntae Hudson, Bloomington Police Chief Booker Hodges said Tuesday. U.S. Marshals and Georgia law enforcement arrested him without incident, Hodges said.

The juvenile's mother, whom Hodges identified as Erica McMillian of Minneapolis, was arrested Tuesday afternoon in Golden Valley. Hodges said she will be charged with aiding and abetting after police said she drove her son to Georgia.