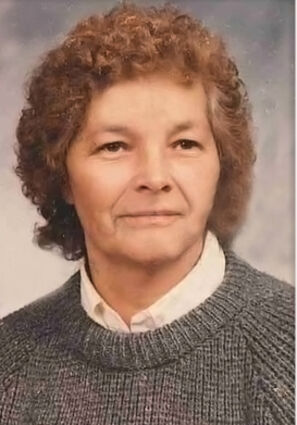 Judith Marie Northrup, age 79, of Cloquet, Minnesota died on Sunday, January 15, 2023, at her home surrounded by family. She was born on April 13, 1943, to Eugene and Eleanor (Shotley) Graves. She was raised on the Fond du Lac Reservation in Cloquet and attended school there. She later attended the University of Minnesota – Duluth Campus. Judy worked as an Indian Advocate in the ISD #709 in Duluth, Minnesota. Following her retirement in the 90's, she worked for the Fond du Lac Reservation. Judy was united in marriage to Les Northrup Sr. on January 14, 1978, at the American Indian Fellowship Association in Duluth.

Judy enjoyed crafts of all kinds, from needlepoint to birch bark baskets. Always busy, she was very active in The Elder Concerns Group and enjoyed traveling the Powwow Trail. Judy took pride in raising her family and caring for her grandchildren and great-grandchildren. She was a devoted advocate of her family, and positive community growth. Judy leaves a legacy of true kindness and love for everyone.

A memorial service will be held on Wednesday, January 18, 2023, at 1:00 p.m. at Nelson Funeral Care in Cloquet. A luncheon will follow at the Fond du Lac Head Start Gymnasium. Interment will be at New Holy Family Cemetery when she is joined in rest with her beloved, Les Sr.