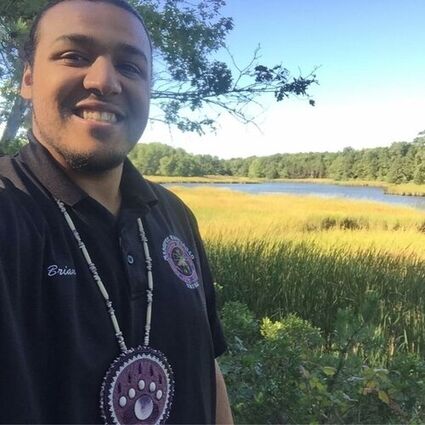 One week after pleading not guilty to two criminal theft charges, Mashpee Wampanoag Tribal Chairman Brian Weeden returned to work today amid a show of support from the Tribe.

Chairman Weeden, 30, had been on paid leave since early December 2022, when he was identified as a suspect in the theft of cultural items from the Plimoth Patuxet Museums in Plymouth, Mass. He was charged with breaking and entering and felony larceny of more than $1,200, according to Plymouth District Court.

Weeden pleaded not guilty to the charges in Plymouth District Court on Jan. 5.