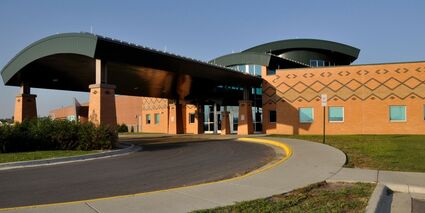 SISSETON, S.D. - A former Indian Health Service (IHS) doctor who worked at a clinic on the Lake Traverse Reservation until last week is being extradited to California to face four criminal charges from October 2017 of lewd acts with a minor.

The doctor, Cesar Bartel, 47, was hired as an optometrist at the Woodrow Wilson Keeble Memorial Health Care Center in Sisseton, South Dakota, in 2019. The IHS facility serves citizens of the Sisseton-Wahpeton Oyate tribe as well as other eligible American Indians. In a background check, Bartel did not have a restricted or revoked medical license in either South Dakota or California, an IHS spokesperson told Native News Online.

On Dec. 27, 2022, Bartel was pulled over by South Dakota highway patrol in a routine traffic stop, Roberts County Sheriff Tyler Appel told Native News Online. Although no citation was filed from the stop, highway patrol ran Bartel's plates and discovered an extraditable warrant out for his arrest in California, Appel said.