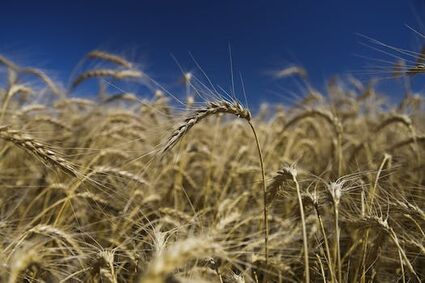 Wheat grows in a field in Tribune, Kan.

The legal fate of a southwestern Minnesota organic grain farmer accused of fraud has been stuck in neutral for months as the federal government and the farmer's attorney haggle over a number of procedural questions, including where to temporarily store the man's tractors.

In the courtroom of federal Magistrate Judge David Schultz on Tuesday, the attorney for James Clayton Wolf, of Jeffers, Minn., pleaded with the court to allow Wolf to keep his "million-dollar tractors" and other equipment stored in sheds on his property, even though they are, technically, under seizure by the government.

"Can we just leave [the tractors] in his barn?" attorney Paul Engh asked Schultz during a 45-minute-long motions hearing in the U.S. District Court of Minnesota in Minneapolis. Engh said the facility was "locked and snowed-in."