Free school meals would be standard in Minnesota under proposed legislation

If it passes, Minnesota would be the third state - behind California and Maine - to provide free meals to all students 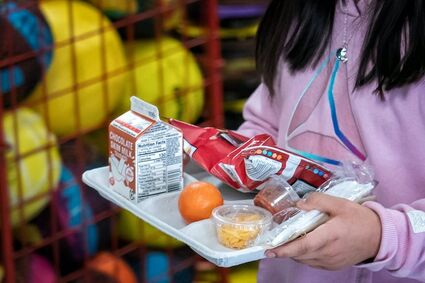 Lawmakers in both the Minnesota state House and Senate have offered up bills that would provide free school lunch for all of the state's public school students, legislation Gov. Tim Walz signaled support for ahead of the start of the 2023 legislative session.

Amber Lightfeather makes just enough money that her four children don't qualify for free lunch at school. But the $231 the Duluth mom estimates she pays out-of-pocket for those meals every month still makes a noticeable impact on the family finances.

"It makes it really tough to budget," Lightfeather told the House Education Policy Committee on Wednesday.

Such families - those who don't qualify for free or reduced-price meals but still face staggering grocery bills relative to their take-home pay - are who Rep. Sydney Jordan, DFL-Minneapolis, had in mind when she drafted House File 5.