Battle rages in Ukraine town; Russia shakes up its military 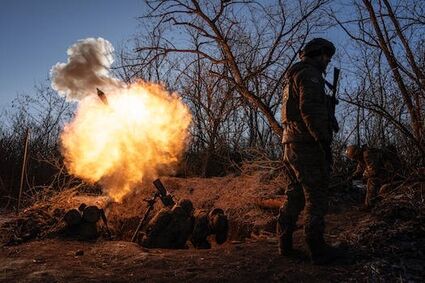 KYIV, Ukraine - The fate of a devastated salt-mining town in eastern Ukraine hung in the balance Wednesday in one of the bloodiest battles of Russia's invasion, while Ukraine's unflagging resistance and other challenges prompted Moscow to shake up its military leadership again.

Soledar's fall, while unlikely a turning point in the nearly 11-month war, would be a prize for a Kremlin starved of good battlefield news in recent months. It would also offer Russian troops a springboard to conquer other areas of Donetsk province that remain under Ukrainian control, such as the nearby strategic city of Bakhmut.