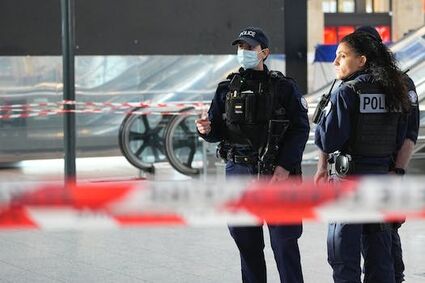 PARIS - The Paris prosecutor said investigators haven't yet been able to identify the attacker who wounded six people with a sharp metallic hook in the French capital's Gare du Nord train station on Wednesday before being shot and wounded by police.

The suspect attacked several people, including a police officer, during the morning rush hour "with no apparent reason at this stage," Paris prosecutor Laure Beccuau said in a statement.

Beccuau said that the assailant was undergoing surgery at a hospital after being shot twice in the chest and once in the right arm. Investigators haven't been able to interrogate him given his condition, she said.