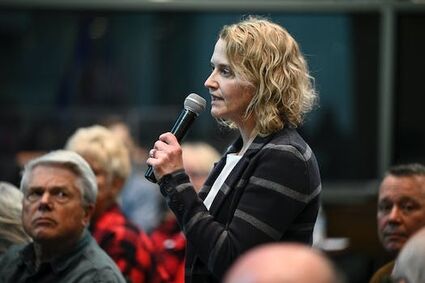 Patient advocates in the Twin Cities are worried about access to a variety of health care services, including abortion and transgender care, and inpatient mental health treatment, if a megamerger proceeds between the Sanford and Fairview health systems.

Access was a recurring theme Tuesday night at a public meeting convened by Minnesota Attorney General Keith Ellison - the first of four scheduled to gather public input on the proposed combination.

In an interview after the meeting in St. Paul, Ellison said he understood the Sanford-Fairview merger could be concluded by the end of March. The attorney general wants his office's review of how the deal would affect health care competition, as well as charitable assets, to be completed shortly after the public meetings end on Jan. 31.