The judge said the sentence was probably too lenient for a case "driven entirely by greed." 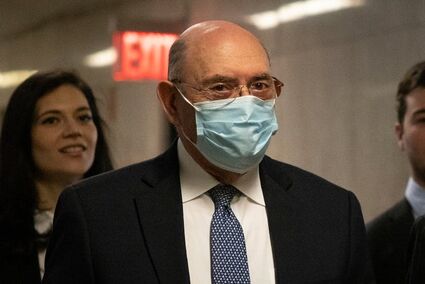 NEW YORK - Allen Weisselberg, a longtime executive for Donald Trump 's business empire, was taken into custody Tuesday to begin serving a five-month jail term for dodging taxes on $1.7 million in job perks - a punishment the judge who sentenced him said was probably too lenient for a case "driven entirely by greed."

Weisselberg, 75, was promised the short sentence in August when he agreed to plead guilty to 15 tax crimes and to be a witness against the Trump Organization, where he worked since the mid-1980s. His testimony helped convict the former president's company, where he had served as chief financial officer, of tax fraud.

But when he made the sentence official Tuesday, Judge Juan Manuel Merchan said that after listening to Weisselberg's trial testimony, he regretted that the penalty wasn't tougher. He said he was especially appalled by testimony that Weisselberg gave his wife a $6,000 check for a no-show job so that she could qualify for Social Security benefits.