A senior prosecutor is removed from cases pending a personnel investigation 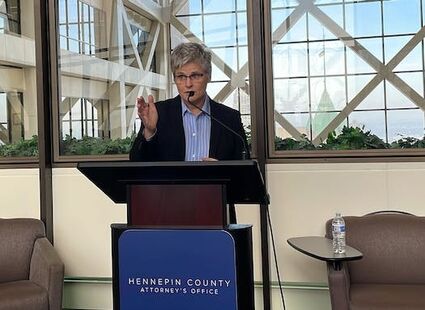 Hennepin County Attorney Mary Moriarty discussed the dismissal of a rape case Monday after a prosecutor was found to have lied in court.

Rape charges against a St. Paul man were dismissed Monday after a Hennepin County senior prosecutor admitted to lying over the contents of a note passed in court during his trial.

"I am deeply remorseful and apologetic to the victim who will not have an opportunity for justice in the process of criminal prosecution," Moriarty said Monday in her first news conference since taking office last week. "Transparency is necessary for the public to have any trust in the possibility of justice."