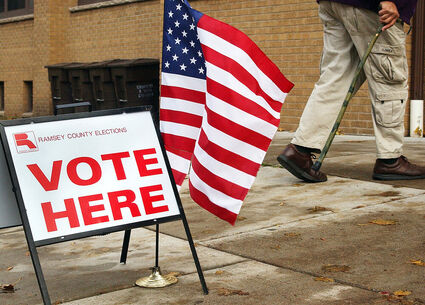 Restoration of voting rights for felons who have completed their time behind bars, automatic voter registration and statewide early voting are among measures included in the omnibus elections bill that cleared its first House hurdle on Wednesday.

HF1603, sponsored by Rep. Raymond Dehn (DFL-Mpls), includes roughly two-dozen elections-related measures that would impact the way Minnesotans register to vote, cast absentee ballots, change how candidates can spend funds on security, and would add the state to a growing group of states attempting to move toward awarding Electoral College votes based on the outcome of the national popular vote.

Comprised of bills heard previously in the House Subcommittee on Elections, the proposed legislation was approved, as amended, on a 5-3 party-line vote. It now heads to the House Government Operations Committee and is expected to eventually be incorporated in the omnibus state government finance bill, Dehn said.