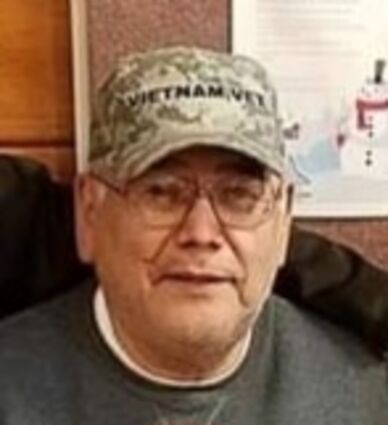 Fred was born on Saturday, June 10th, 1947, in Cass Lake, MN, the son of Rose (Jenkins) and Fred Jackson, Sr. Fred attended and graduated from Walker High School. After graduation, he was drafted in the United States Army as a Machine Gunner during the Vietnam War and received the Purple Heart for his valor. After being honorably discharged from the Army as a sergeant, he managed the Cass Lake IHS Mechanical Maintenance and the Sanitation Departments for the Leech Lake Band, the Minnegasco in Minneapolis and was the Leech Lake Game Warden. Fred started the Leech Lake Little League Team, the Lancers. He was also a member and a Captain of the Onigum Nighthawks that won the All-Indian Championship in Phoenix, AZ in 1978. Fred liked being outdoors, he enjoyed trapping, hunting, and fishing. Teaching his own sons and many other kids all his outdoors skills. Fred also enjoyed golfing in his free time. He will be missed by many.

Family that Fred is reunited with in the spirit world are his parents, Rose and Fred; infant brother, Joseph Jackson; grandpa, Joseph Jackson and several other relatives.

An overnight wake in Fred's honor will begin at 7:00 p.m. on Sunday, January 8th and continue until his 11:00 a.m. funeral service on Monday, January 9th all to be held at the Onigum Community Center in Onigum, MN. Father William "Bill" Butcher will officiate. Pallbearers for Fred will be all his children. His honorary pallbearers are Orville Johnson, Alfred "Tig" Pemberton, Faron Jackson, Sr. and the Onigum Nighthawks. Fred's wishes were to be buried between his parents in the Old Agency Catholic Cemetery at Old Agency, which will take place at a later date.

Fred's care has been entrusted to Northern Peace Funeral Home of Walker, MN. Online condolences for the family may be left at http://www.northernpeace.com