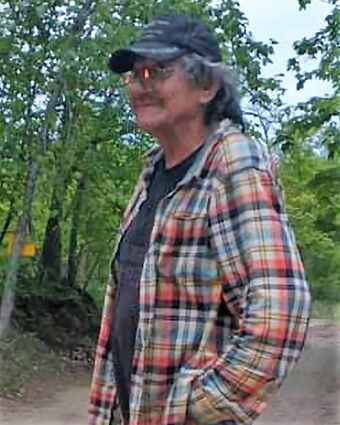 Lester "Spud" Dean Fineday, a beloved great and wonderful man of many talents, left this world peacefully on the morning of January 1st 2023.

Spud was born in White Earth, Minnesota on September 12th 1949 to Peter Cloud and Laura Butcher. At the age of 3 he was legally adopted by his step-father George Fineday Sr. but remained close to Peter throughout his lifetime. He was blessed with having 2 fathers. Spud was a proud member of the White Earth Band of Ojibwa.

At the age of 18 Spud enlisted with the United States Army. While in the ARMY he was able to obtain his GED. After having served honorably in the Vietnam war in 1969 and was a member of Company D 1/5th 1st Cavalry Airbourne Division, he came home with a Presidential Army Medal, National Defense Service Medal, Vietnam Service Medal, Vietnam Campaign Medal, Army Commendation Medal, Combat Infantryman Badge and Air Medal. He would have also had a Purple Heart but he and his friends decided to take a helicopter for a beer run. He was quite the character.

In his lifetime he was a caregiver, mechanic, lumberman, foster parent, youth supervisor, wild rice technician and worked for White Earth Biology for a number of years.

Spud loved hanging out with his kids and⁷ grandkids, cooking, playing cards, trips to the casino, cruising around, restoring and fixing cars, listening to music, fishing, ricing, gardening and visiting friends and relatives and was the ultimate prankster. However, many times you could find him drinking his coffee while sitting on his deck or down at the lake watching the sun come up. He loved the peacefulness of living on the lake. He was a proud father, grandfather and great grandfather. One thing he always talked about as of late was his chance and ability to wait and watch his great-grandson get on the bus for his first day of school this year, bringing tears to his eyes everytime he spoke of it.

It is Spud's wish that he not have any services. He will be buried in a family plot Thursday, January 4th 2023.

Dad was full of life, laughter and kindness. No more nightmares Dad. Rest in peace. We love you and will forever miss you and we will always continue to make you proud. But today some of us will be sissies.