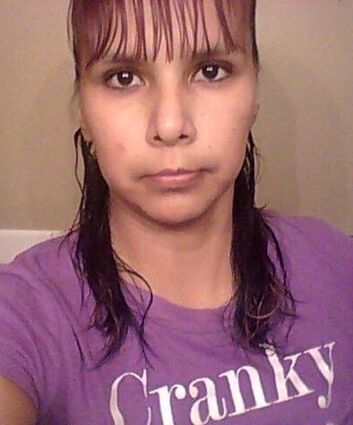 Kelly Marie Brown, age 41, of Burnsville, Minnesota began her journey to the spirit world on January 1st, 2023, from her home. She was born on July 20th, 1981, in Minneapolis, MN to Barbara "Jeanie" Brown and Stanley Hare.

She loved the songs her mother used to listen to. Her mother filled her heart with love, life and purpose. Her grandma Rosie "Gram" (who raised her) was her guiding force and rock. She wanted her grandma to know she had it in her to change her life into something her grandma could be proud of. Kelly made a promise and walked forth in life determined to change. She was able to make the change in her life that her heart promised to her grandmother. Really all that can be said is she truly lived a full life. She was mother, daughter, granddaughter, sister, auntie, cousin. She was a force of nature to be reckoned with. But at the same time Kelly was loving, devoted, respectful, loyal and caring. It was very important to Kelly to make her own choices in life. It infuriated her when others tried to impart their will on her. In the last years, she lived life on her terms.

PINK was her most favorite clothing brand. PINK Zebra too....a custom candle scents. The music she loved reflected her life. She imparted that love of song in Korinah. She loved cake. She spent her last day with her daughter baking and eating a whole cake. Korinah expresses she had the most happy and special final day with her mom and wants to hold on to this last peaceful memory of her. It was her wish for her daughter to have her final memory of mom in life and not death. She was a fiercely protective mom. She sheltered her in hopes of giving Korinah a different future and set her on the path of success and the fullness that life can offer.

Her and Rondell were always engrossed in their latest TV, music, or news events. They were two people in sync as one. They must have some 15 years together with ups and downs like all people face. Ultimately, they knew more about each other than anyone else on the planet.

Kelly is on her walk now, joining with all those who have gone before her, her infant son, Thomas Brown; mother, Barbara Brown; father, Stan Hare; sister, Jessie Brown; brother, Burton John Brown; grandparents, Rose Brown, Dan "Big Dan" Kingbird, and Hazel and Herald Hare; and other relatives.

An overnight wake for Kelly will begin at 7:00 p.m. on Friday, January 6th and continue until her 10:00 a.m. traditional services on Saturday, January 7th all being held at the Facility Center in Cass Lake, MN. Chato Gonzales will be her Spiritual Advisor. Pallbearers for Kelly will be Sheldon Brown, Jr., Delano Brown, Mark Hanson, Dennis Brown, Jr., James Brown, and Joseph Headbird. The alternate pallbearers are Joel Ortley and Dennis Brown, Sr. Kelly's honorary pallbearers are all her family and friends. Interment will be in the Prince of Peace Cemetery at Cass Lake, MN.

Kelly's care has been entrusted to Northern Peace Funeral Home of Walker, MN. Online condolences for the Family may be left at http://www.northernpeace.com