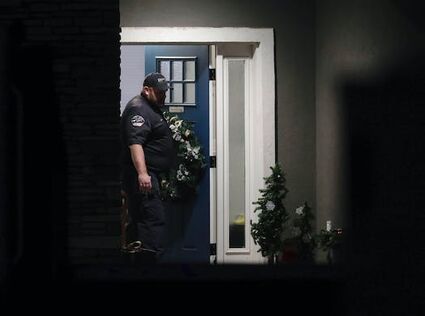 A law enforcement official stands at the front door of the Enoch, Utah, home where eight family members were found dead from gunshot wounds, Wednesday, Jan. 4, 2023.

ENOCH, Utah - A Utah man fatally shot his five children, his mother-in-law and his wife and then killed himself two weeks after the woman had filed for divorce, according to authorities and public records.

Police also revealed during a Thursday news conference that officers investigated the 42-year-old man and his family a "couple of years prior," suggesting possible earlier problems inside the household. Enoch Police Chief Jackson Ames did not elaborate.

Investigators were aware of the divorce petition but didn't know if it was the motivation behind the killings, Mayor Geoffrey Chesnut said.