From abortion access to paid leave, the party's long-sought priorities could become a reality 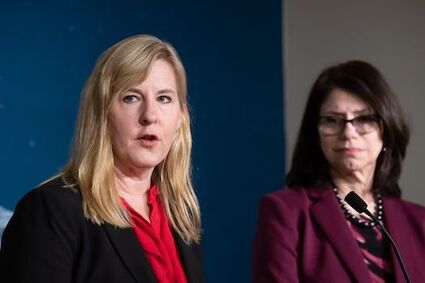 House Speaker Melissa Hortman and Senate Majority Leader Kari Dziedzic held a news conference to lay out the priorities of the DFL majority.

And for the first time in nearly a decade, it's more than a wish list.

Newly in control of both the House and Senate, legislative Democrats held a joint news conference to show a united front on issues they've long pushed for but could now make a reality if they can keep their narrow majorities on the same page.