GOP's McCarthy voted down time after time for House speaker

The California Republican saw his tally slip to 201 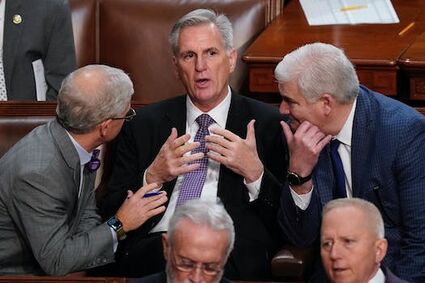 WASHINGTON - House Republicans flailed through a long second day of fruitless balloting Wednesday, unable to either elect their leader Kevin McCarthy as House speaker or come up with a new strategy to end the political chaos that has tarnished the start of their new majority.

Yet McCarthy wasn't giving up, even after the fourth, fifth and sixth ballots produced no better outcome and he was left trying to call off a night-time session. Even that was controversial, as the House voted 216-214 - amid shouting and crowding -to adjourn for the night.

"No deal yet," McCarthy said shortly before that as he left a lengthy closed-door dinner-time meeting with key holdouts and his own allies. "But a lot of progress."