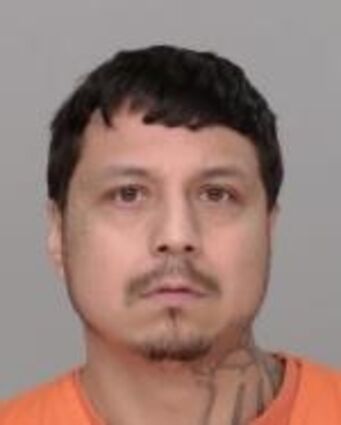 A 34-year-old Cloquet man who is accused of setting a house on fire in Cass Lake on New Year's Eve has been charged in Cass County District Court with felony first-degree arson.

According to the criminal complaint in the case, a woman approached a Leech Lake Tribal police officer who was leaving the Cedar Lakes Casino to report she had been in a physical domestic with White at her home in Cass Lake and that White had set the house on fire.

The officer went to the house and saw a fire on the west side of the home. He was then informed by the woman that White was calling her and the officer heard White threaten the woman and her children. After the call ended, the woman told the officer that White had threatened to kill her and her kids.

White was later arrested and handcuffed after he resisted officer's attempts to apprehend him. White was taken to an area hospital for treatment of cuts to his hand but he refused to be treated and threatened to fight officers when he got out. He was then taken to the jail where he again refused to get out and had to be forcefully removed.

White is being held on unconditional bail of $100,000 bond without conditions or $50,000 bond with conditions. His next court appearance is a Rule 8 hearing scheduled for Jan. 17.

First-degree arson carries a maximum sentence of 20 years in prison, a $20,00 fine, or both.

A GoFundMe page for the owner of the home has been set up. Kayla Stellick says she lost everything in it including sentimental belongings of her mother's, who passed away two years ago.