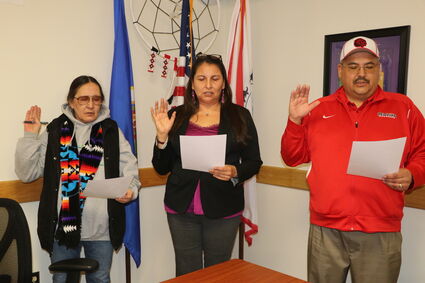 At the Red Lake School District #38 Special School Board Meeting held on Tuesday, January 3, 2023, three of the four newly elected school board members were sworn into office. They were Nicole Desjarlait, Chris Jourdain and Tina Stately. The fourth member, Thomas Barrett, was absent from the meeting. All four had won elections in November 2022. They joined current members Michael Barrett, Douglas "Jack" Desjarlait and Robert Pemberton, making up the seven-member Board. All four newly elected members will serve until January 2027.

They replaced four members of the board; Roy Nelson, Barb Thomas, Marcus Tyler and Robert McClain.

Election of officers took place with Nicole Desjarlait being elected as Chairperson, Chris Jourdain as Vice-Chairman, Tina Stately as Clerk and Michael Barrett as Treasurer. 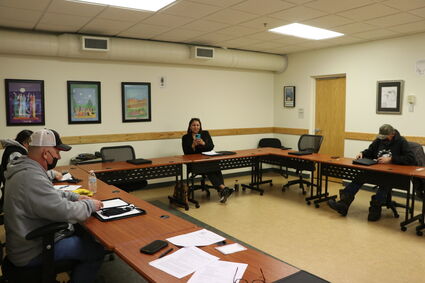 Other actions that took place included setting the 3rd Wednesday of each Month at 2 PM as Board Meetings, set Board Compensation at $18,000 per year, designated Kennedy & Graven as the District's legal counsel, designated Minnesota School District Liquid Asset Fund, First National Bank of Bemidji as official depositories and designated the Bemidji Pioneer as the official publication for the District.

The Board also granted corporate certificate of authority to Superintendent Tim Lutz, Business Manager William Larson and Board Treasurer Michael Barrett for transactions, approved 2023 Board Committee Assignments, and planned for the hiring of a new superintendent in 2023.

The next Regular Board Meeting will be held on Wednesday, January 18, 2023.