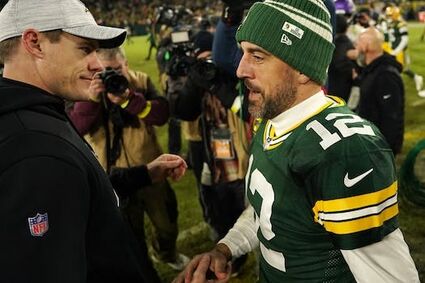 A Vikings season filled with a breezy NFC North crown, breathtaking performances from Justin Jefferson and enough improbable comebacks to fill five years - including two all-timers against Buffalo and Indianapolis - should have earned the team enough grace to survive just about anything on the negative side of the ledger.

But recent weeks, and particularly Sunday's 41-17 loss to Green Bay, have divided the narrative between "a whimsical adventure no matter how it ends" and "an unsustainable fluke destined for an unsatisfying crash landing."

How you choose to define this adventure might say more about what pleasure you seek to derive from the Vikings than it does about the 2022 Vikings themselves, but the common ground is this: There's no other way to look at this year other than strange - perhaps the strangest in Minnesota sports history, as Patrick Reusse said on Monday's Daily Delivery podcast.