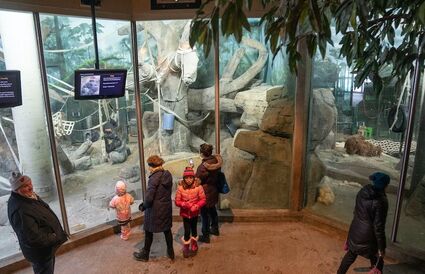 Replacing a 50-year-old lab building that has aging ventilation on the University of Minnesota's St. Paul campus is among the many projects that will receive funding from the wide-ranging federal spending package that became law last week.

The U will receive $7 million to start planning a building to replace the Cereal Disease Lab, said Brian Buhr, dean at the U's College of Food, Agricultural and Natural Resource Sciences and director of the Minnesota Agricultural Experiment Station. Lab research has had a significant impact "on hunger issues, environmental and security issues," he said.

More than 100 projects in Minnesota are set to get money from the $1.7 trillion spending bill passed by Congress before Christmas and signed Thursday by President Joe Biden. It marks the second time in recent months that lawmakers have directed money to local projects since the practice of earmarks was restored after being banned for a decade.