Jan. 6 panel shutting down after referring Trump for crimes 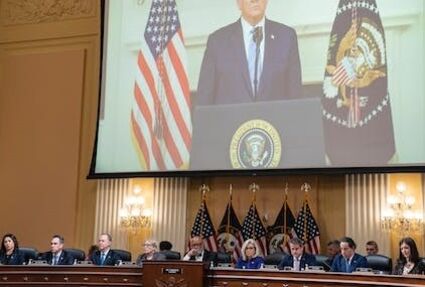 Former President Donald Trump is shown as part of the Jan. 6 investigation highlights as the House committee investigating the Jan. 6 attack on the Capitol meets in Capitol Hill, Washington, on Dec. 19, 2022.

WASHINGTON - The House Jan. 6 committee is shutting down, having completed a whirlwind 18-month investigation of the 2021 Capitol insurrection and having sent its work to the Justice Department along with a recommendation for prosecuting former President Donald Trump.

The committee's time officially ends Tuesday when the new Republican-led House is sworn in. With many of the committee's staff already departed, remaining aides have spent the last two weeks releasing many of the panel's materials, including its 814-page final report, about 200 transcripts of witness interviews, and documents used to support its conclusions.

Lawmakers said they wanted to make their work public to underscore the seriousness of the attack and Trump's multi-pronged effort to try to overturn the election.