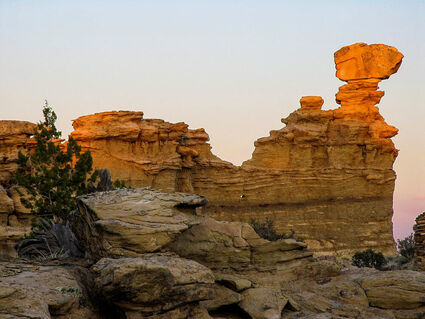 This story was originally published by ProPublica. ProPublica is a Pulitzer Prize-winning investigative newsroom. Sign up for The Big Story newsletter to receive stories like this one in your inbox.

One chilly March afternoon, dozens of Navajo children spilled out of their middle school to play in the snow before heading home. Students in jackets and parkas can be seen on grainy security camera footage chasing and pushing one another to the ground.

The next day, the principal called one of the children into her office. "She said I was expelled," the child said in an interview, looking at his feet as he sat with his grandmother on their living room couch. "We were just playing around."

His offense, according to school records, was "assault and battery" for pushing another student down.