Dec. 23 shooting was the third active shooter lockdown at the mall since last holiday season 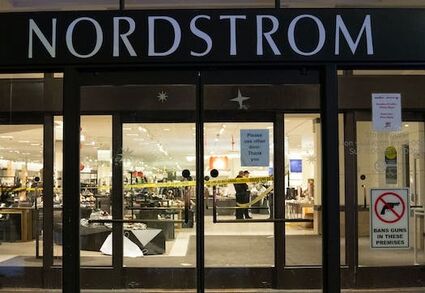 Officials locked down the west wing of the Mall of America after a shooting was reported Dec. 23 in Nordstrom.

An 18-year-old and three juveniles were charged Thursday in a fatal shooting last week at the Mall of America in which three guns were fired, sending shoppers into lockdown for a third time since the past holiday season.

TaeShawn Adams-Wright, 18, of Minneapolis and a 17-year-old were charged in Hennepin County District Court with second-degree murder and second-degree assault in the killing of Johntae Hudson, 19, of St. Paul on Dec. 23.

The 17-year-old remained at large Thursday, and a nationwide warrant has been issued for his arrest.